The Beginning of DeFi Hub Launches ?

The ApeSwap  Jungle is only getting bigger. As we continue into 2022 a core focus for the protocol is to expand its ecosystem to enable every user to access all of the DeFi resources they may need without leaving the platform.

ApeSwap strives to be as inclusive as possible, and enable users from every walk of life or financial background to have an equal shot at accessible financial infrastructure.

“After astounding success during its beta period we are ecstatic to officially announce the release of the ApeSwap Lending Network with our highest badge of honor, a reallocation of BANANA emissions to incentivize liquidity!” – Official ApeSwap Statement.

Time to go take that fat bag of BANANAS you have been accumulating and go double down! ?

Need a refresher on how lending works? Check out this article! 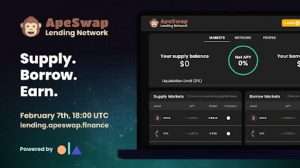 How did we get here?

ApeSwap launched a lending network back in November under a beta umbrella. All smart contracts had been audited and battle-tested before launch, the purpose of the beta was to pilot giving banana incentives to suppliers and borrowers, and to gather data to decide if the protocol should allocate further BANANA emissions to the network.

What was the outcome of the Beta? ??

Over the course of the beta period, users from all over the world participated in the Lending Network. The platform welcomed users from a total of 151 different nationalities. 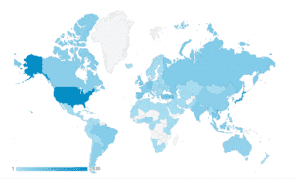 Announcements on ApeSwap’s social media channels led to an initial spike in new users. Throughout the beta, a relatively small but committed base of over 5,000 monthly users was built. 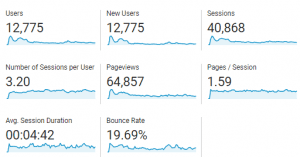 Here’s a breakdown of the supply markets distribution: 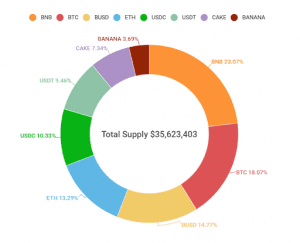 According to DK, ApeSwap’s Head of Business Development, “based off these numbers we’re extremely confident as we approach our official launch, and this data helped fuel our governance proposal to 10x the rewards!”

The opportunity to obtain liquidity for your assets while also earning large $BANANA rewards is a great opportunity for any true ape! ?

On February 7th ApeSwap will officially start allocating 1 BANANA per block to the various markets, broken up according to the following:

? 10% stored in the ApeSwap Treasury

Of the 90% portion of BANANA bought back:

? 55% will be locked in the supply side of the lending network

The official statement concludes: “we are expecting a much higher return on emissions from this BANANA and are very bullish that this move will increase our overall TVL and have a positive impact on our ecosystem!

Huge shoutout to our partner Ola and ApeTastic for 6 months of work and leading the charge on this incredible ApeSwap expansion.” 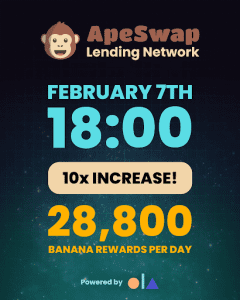 Why Stick With Cryptocurrencies Amid Rise of Digital Banknotes

The Diversity of NFTs: Beyond Digital Art

Op-Ed: How have Recent Geopolitical Tensions Affected the Cryptocurrency Market?

The Power of Influencers – Social Media Marketing in the Cryptosphere

Cryptos in the red, Moonbeam slides 16%