The U.S Bureau of Labor Statistics (BLS) released its nonfarm payroll showing employment had increased by 528,000 in July. This was more than twice Wall Street’s expectations of a 258,000 increase.

According to the figures, U.S unemployment now stands at 3.5%, beating analysts’ expectations of a 3.6% unemployment rate.

Fed under pressure to fight inflation

All of which puts additional pressure on the Fed to continue its plan of rate hikes to stave off runaway inflation – which is running at a 40-year high of 9.1%.

Tom Kozlik, the Head of Municipal Research and Analytics at HilltopSecurities, commented that the job numbers were a surprise. He added that there is “NO recession yet. Also means more aggressive Fed action likely to come as well.”

On July 27, the Fed passed its second consecutive 75 basis point hike, taking the benchmark rate to 2.25%-2.5%. CNBC reported that this was the “most stringent consecutive action” since the early 1990s.

As a result, many expected the central bank to enact a lower rate increase in the 25 – 50 basis-point range following the FOMC meeting, scheduled for Sept. 20-21.

However, news of a red hot labor market will mean the Fed will likely go harder with another 75 basis point hike. Analysts put a 70% chance of this happening when Fed officials reconvene after the summer break. 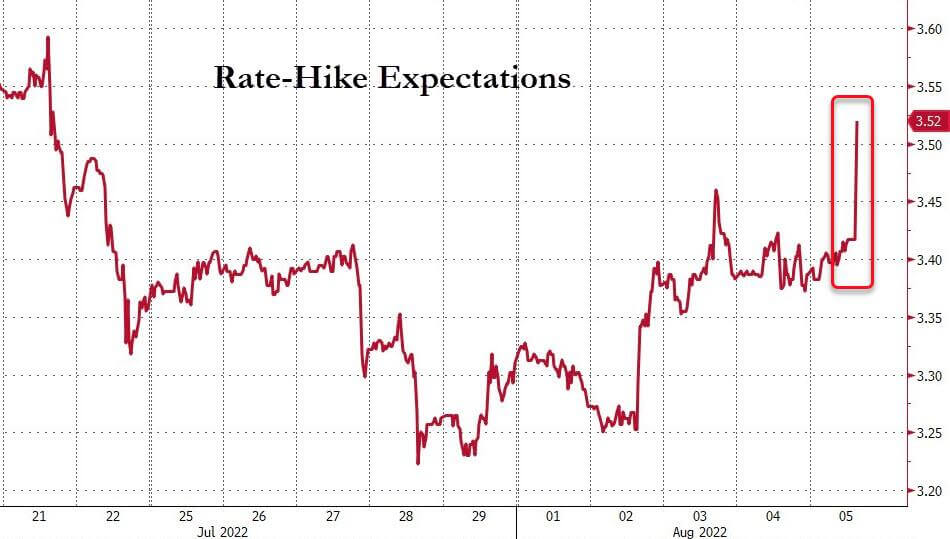 Bitcoin and stocks down

Following the news, Bitcoin saw a 2% swing to the downside on the 13:00 (GMT) hourly candle. Since then, a local bottom of $22,800 was reached, fueling a fightback from bulls to take BTC almost level to the high point of the 13:00 candle.

Meanwhile, the Dow Jones, S&P 500, and Nasdaq are all running slight sell-offs. The news has sparked expectations that the Fed will be forced to act and clamp down harder on the overheating economy.

Get an Edge on the Crypto Market 👇

Will BONE Double in Price Before Shibarium Launch?

Bitcoin Bounces To $58K, Why Bears Could Spill More Blood

Bitcoin Mining Operations Continue to Expand Amid the Crypto Winter, While...

Will Ethereum be able to shrug off its bearishness anytime soon?

As the DeFi market continues to crumble, here’s where Uniswap stands